The #keepthemwild campaign was promoted by the Barbary Macaque Awareness and Consevation English organisation. Read how you can help prevent the extinction of the barbary macaques (Macaca sylvanus).

The Barbary macaques are threaten by extinction because in the only area where they still survive, Morocco and Algeria, there are only 7000 individuals left.

These animals are threatened on several fronts : the loss of their forests to create space for agriculture, the pasture of numerous and intrusive flocks, the conflicts with local populations, the illegal trade for the pet market in Europe, the use of the little ones for the pleasure of tourists, the pollution and environmental degradation.

Never take pictures with wild animals when you go on holiday, because their origin is always the nature from which these animals are ripped away.

The Park adheres to the campaign of one of the associations that takes care of their conservation : Barbary Macaque Awareness and Conservation (barbarymacaque.org). You can take a picture of yourself holding a piece of paper with the inscription : « I DON’T TAKE PICTURES WITH MACAQUES BECAUSE IT WOULD MEAN TEARING THEM AWAY FROM NATURE » followed by the hashtag #keepthemwild, that you should also put on the photo. Post the photo on your Facebook page or send it to: info@barbarymacaque.org

In this way we hope to gather enough photos to send to the Moroccan authorities to say that it is unacceptable to rip animals from their families and their habitats.

Thanks to anyone who wants to participate.

The biodiversity of our Park also includes a group of 19 Barbary macaques : read their card.
Here are Kativik and Gaetano, ripped away from their families as babies to be sold in Europe. 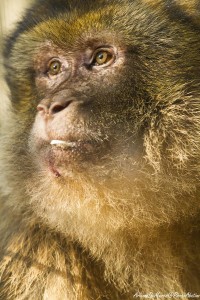 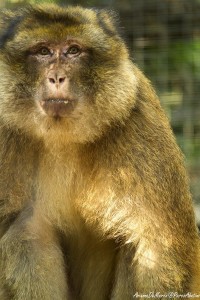 Kativik. Taken away from his family as a baby and sold as a pet, he has been living for a few years in a small cage before being seized by the Forestry Corps and entrusted to the Parco dell’Abatino. He presents many stereotyped and self-harming behaviors due to the deprivation at very young age of contact with her mother and the lack of socialization with members of his species. 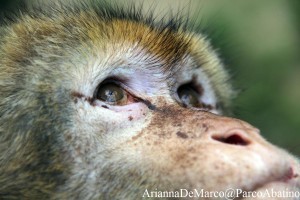 Gaetano. When he was seized by the Forestry Corps he was kept in a cage inside a garage used by Camorra members. With him there were other exotic animals that their jailers used to flaunt power and prestige.